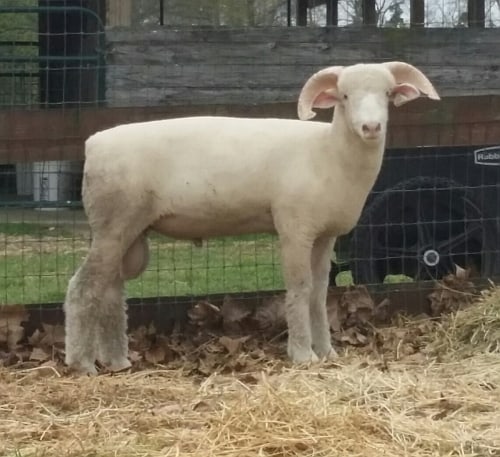 Our stud rams are clearly the soundest, most correct, and level topped Horned Dorset rams we have physically seen in the breed.

We purchased our newest stud addition above from the Houfe flock of Wisconsin. Mike and Ryan were kind enough to allow us to buy this awesome fall ram lamb from their consignment slated for the 2017 Ohio Dorset Sale. We felt that this ram was the superior entry in the sale. The Houfe ram will be used for Ewephoric spring lambs due in 2018. 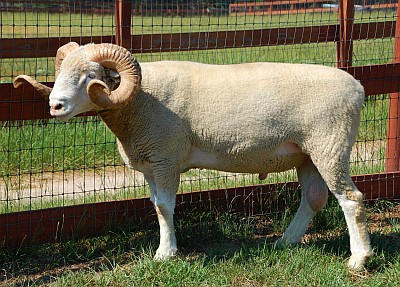 Pictured here in 2013, this fellow comes to us from Oregon carrying the banner of Champion ram - Oregon State Fair in 2012. His grand sire is Ewephoric V7-5. We sold this ram to the Forster's several years ago. We are grateful for the opportunity to obtain this great stud ram along with another young stud ram lamb of similar breeding for our meat program. "Flint" has been used to sire Ewephoric's early fall lamb crop in 2013.  Here is a photo of both Oregon rams when they arrived in late 2012:

"Flintstone" Ewephoric 0106 is a son of Flint and is currently working in the flock. His first lambs are due in fall of 2015. We will post his offspring for sale toward the end of the year. 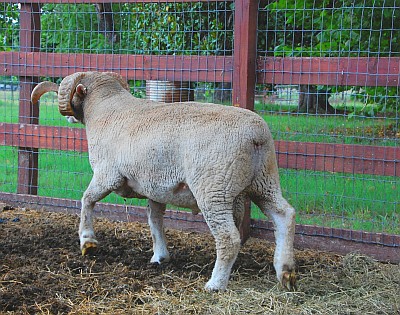 We took this shot of "Cash" on the move so that you could see how well balanced and thick-made this guy is. We haven't had an opportunity to use Cash yet in the flock but he'll have an opportunity as clean-up with the females soon.

Sign up for our direct mail newsletter to learn about new offerings and exclusive sales.